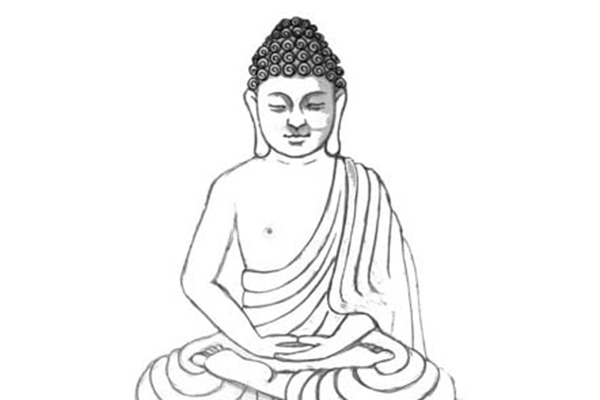 The path to enlightenment is so numerous that it is beyond one’s comprehension. One cannot say that there are a specific number of paths because Buddha has given different kinds of articles to suit the different levels of intellectual capacity of the beings.

According to the Mahayoga Tantra one teaching given by the realized wisdom mind of Buddha would be heard differently by the millions of beings according to their individual capacity.
Generally speaking, there are different Yanas or vehicles in Buddhism: the Shravakayana, Pratyekabuddha Yana and Mahayana. Mahayana is further divided into two Yanas:

Vajrayana has four classes of Tantra: Kriya Tantra, Carya Tantra, Yoga Tantra and Annutarayoga Tantra. Just as all the rivers ultimately merge in the ocean, the essence of articles of all the Yanas is found within the practice of Mahamudra teaching. Hence Mahamudra, Prajnaparamita, Madhyamika, and Zogpa Chenpo etc. ultimately mean the same thing.

According to the history of Vajrayana, king Indrabodhi of Odiyana, west of Varanasi, once saw many Arahats flying in the sky towards the east and out of curiosity, he asked his minister Dawa Zangpo who those people were. The minister Dawa Zzangpo informed the king that they were disciples of the enlightened Sidhartha and were going to the city of Varanasi where the Buddha was turning the wheel of Dharma. As soon as the king heard about the Buddha he spontaneously developed extreme joy and devotion and thought if Buddha's disciples had such miraculous abilities, Buddha himself must have boundless compassion and miraculous abilities. Then he immediately went on his knees facing towards the east and prostrated and prayed to the Buddha to come to his palace for lunch the next day. Buddha heard the king's prayer.

The next day he and his disciples who had obtained the magical abilities flew from Varanasi and went to the palace. The king received the Buddha with deep respect and requested him to give him articles that would free him from Samsara. Even though Buddha knew what was on the king's mind, Buddha told him to leave everything, his wealth, his kingdom, his family etc. and become a monk so that he could show him the path of enlightenment. The king replied, 'Oh omniscient Buddha! We are full of the five poisons and because of the five poisons, especially desire, and cannot give up the sensual pleasures. Please show me a path whereby I don’t have to give up the five sensory objects and yet be free from Samsara'.

Knowing the king had a tremendous accumulation of merit, great compassion and wisdom and was thus the proper vessel for Vajrayan path, Buddha Shakaymuni transformed his Nirmanakaya form into Sambhogakaya form of Buddha Akshobhya and revealed the Mandala of Guhyasamaja and introduced King Indrabodhi to the secret Vajrayana path. The king was taught to realize the Buddha nature within all phenomena and thus was able to visualize himself and his four sons as the five Dhyani Buddha and his five queens as their consorts and his ministers as the male and female bodhisattvas. All of their bodies transformed into a rainbow and they became enlightened immediately. Through his articles, the whole city became enlightened as well and they all obtained the rainbow body. The land became desert and there formed a great lake wherein many Nagas lived.

Buddha's disciple, Vajrapani, also known as Arhat Kashyap, wrote down all the teaching of the Buddha into Golden Scriptures and gave articles to the Nagas of the lake and even the Nagas practiced Vajrayana and became enlightened. Later on, the place came to be known as Ugyen Khadroe yul (the place of Dakinis).

Later Vajrapani manifested as Drang Song Ugjin and gave Vajrayana articles to the deserving and many more beings got enlightened. So the Lineage which originated from the Buddha Shakyamuni was passed down to Vajrapani, Saraha, Lohipa, Dinggipa, Lodroe Rinchen, Nagarjuna, Matamki, Dakini Sumati, Thanglopa, Shinglopa, Kanari, Dombipa, Binasa, Lawapa, king Indrabodhi second, (there are 3 Indrabodhis in Vajrayan history) and onto Tilopa and Naropa which continues to this day. This Lineage is called the Distant or Longer Lineage or the common Vajarayana Lineage.

The Uncommon Lineage or the Closer Lineage starts from the great Mahasiddhi Tilopa, actually received articles not only from his human masters but directly from the Buddha Vajradhara in the Akanishta pureland. So Buddha Vajradara is known as the Dharmakaya form of Buddha. The Vajrayana tantra mentions that before Buddha Shakyamuni manifested his enlightenment in this world, he had already become enlightened in Akanishta pureland in the form of Buddha Vajradhara and then manifested his Nirmanakaya form as Siddhartha and performed the twelve deeds. So from the Mahayana point of view Siddharta was a Bodhisattva of the tenth bhumi and from Vajrayana's point of view Buddha Shakayamuni was already enlightened when he was born as Prince Sidharth.

So the Lineage of the teaching that Tilopa received from Buddha Vajrayadhara and passed onto Naropa and continued from Naropa is called the Uncommon Lineage or the Closer Lineage.

The third lineage in Vajrayana is known as the Lineage of Pure Vision. This Lineage is based on articles received by the Lineage Masters in their pure vision. For example, the first Gyalwang Drukpa Tsangpa Gyare, the founder of Drukpa Lineage, had a vision of the Seven Buddhas and received pith instructions directly from the Seven Buddhas. Similarly, the second Gyalwang Drukpa Kunga Paljor had a vision of Guru Padmasambhava and received articles of Dzogpa Chenpo directly from Guru Rinpoche. These are called the Lineage of the Pure Vision.